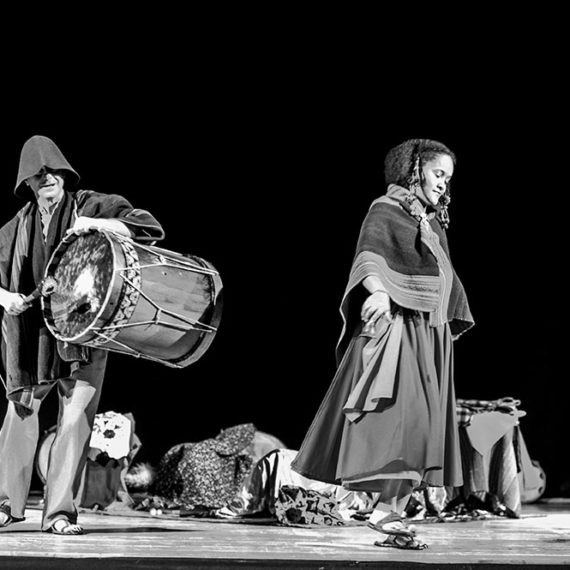 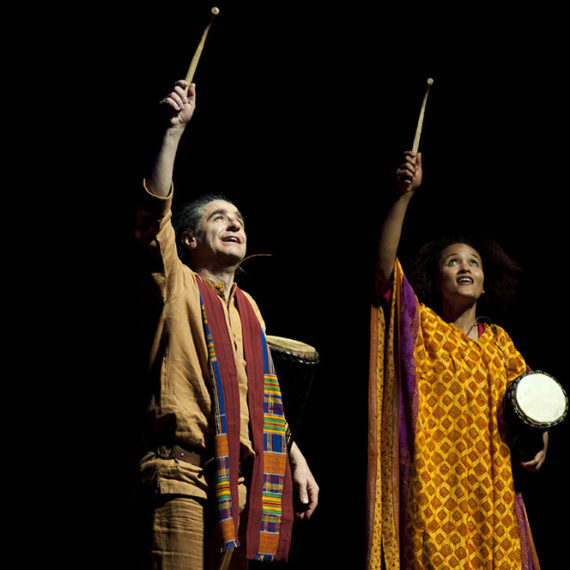 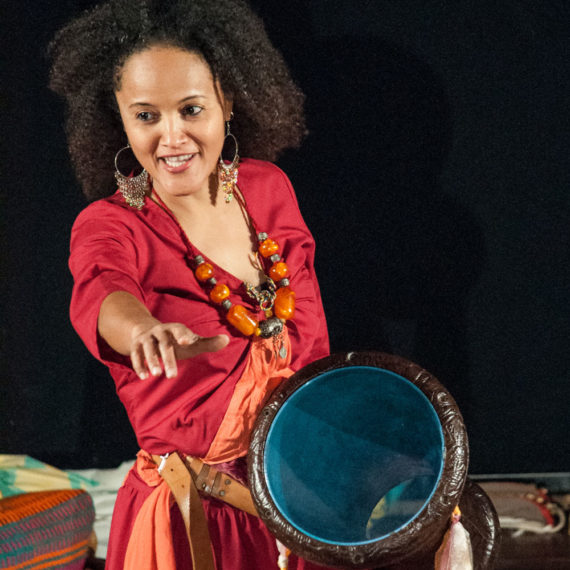 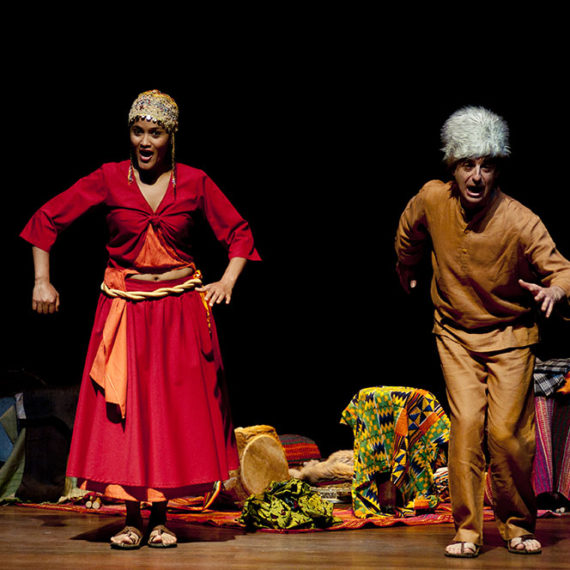 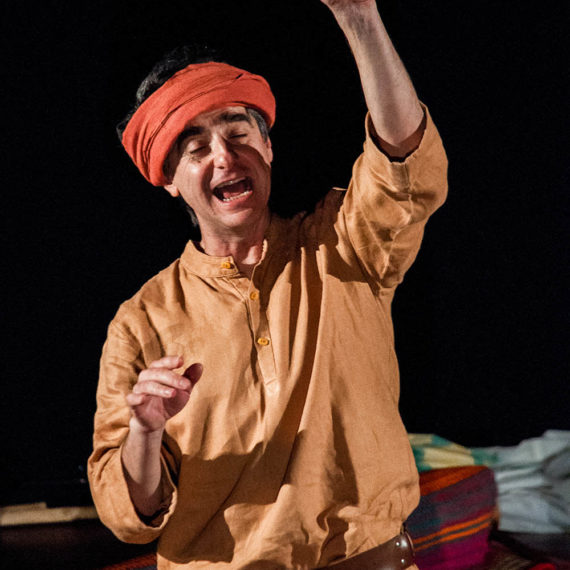 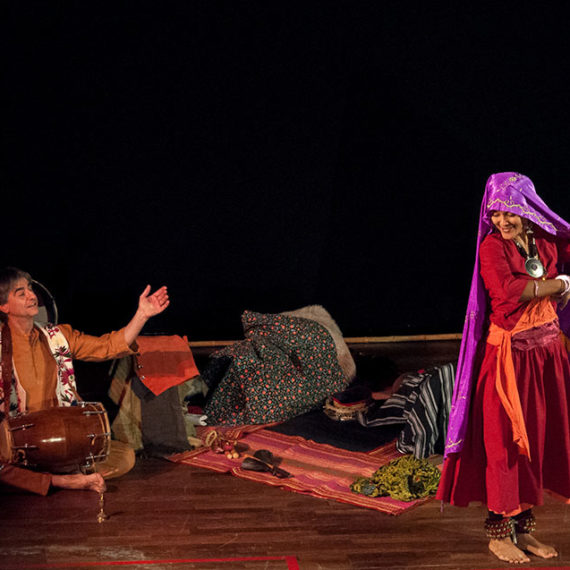 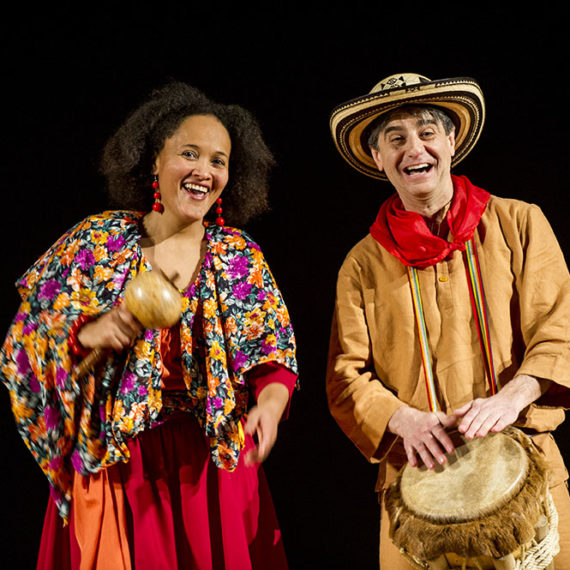 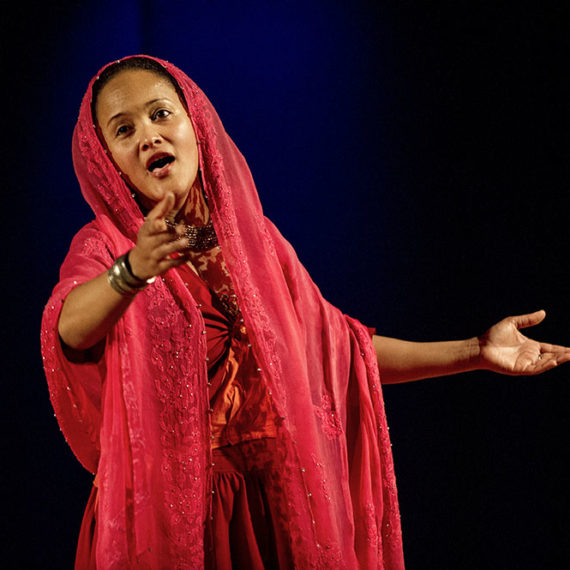 A journey across four continents through storytelling and song. A theatrical itinerary in which the comical and the tragic, the past and the present, merge beyond any formal definition to reveal the sacred essence of popular tradition…

The minstrels go from village to village… travel from country to country… cross continents… and centuries. An actor and an actress in an empty space become the interpreters of many cultures, languages and dialects. The show is made up of scenes which involve songs, dialogues, evocations and stories. Running through the work is the exploration of the diverse forms of narration and singing techniques of the people of each place evoked by the minstrels.

The use of percussion as the only musical instruments which accompany the songs underline the archaic origin of a journey which is in reality a profoundly contemporary experience.

Since the earliest times, people have told stories about the world around them. For all of them, before the written word came sound. The entire history of a people can be expressed through the medium of songs and stories, rhythms and dances that have been passed on from one generation to another in the form of traditional teaching.

The creations of storytellers, dancers and singers from all ages and corners of the planet, even if they originate from a particular people,  are really all just fragments of a common but hidden legacy, of thousands of years of wanderings recorded in the genes of every human inhabiting this Earth.

This ancestral living tradition which is at the root of the transmission of popular culture and thought is the context in which our show “Cantores” (Minstrels) comes about.

Traditional songs all arranged by F. Zulli and C. Robertson

Scripted and directed by